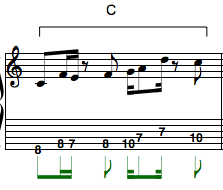 Targeting inside the scale ›